ARE YOU A VIRGIN?

Alaskan bush pilot and retired Navy SEAL, Colby Davis, meant the stupid question as a joke—a way to calm the obviously tattered nerves of his pretty passenger, Rose, who isn’t exactly enjoying her first time in a small plane. Never in a million years did he think a few hours later his whole world would change. A freak blizzard forces him into a remote crash landing. Facing brutally cold temps, they accept their mutual ends. And make deathbed confessions. Her most shocking? She really is a virgin! When she begs him to make love to her before she dies, Colby agrees. After all, it’s the only honorable thing to do.

When morning comes, not only are they very much alive, but they’re caught in each other’s arms by an entire alpine rescue team comprised of his SEAL brothers. Talk about awkward. Rose leaves town, only to return seven months later. Seven very pregnant months later when she admits she’s carrying his son . . . 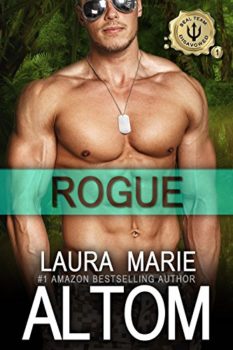