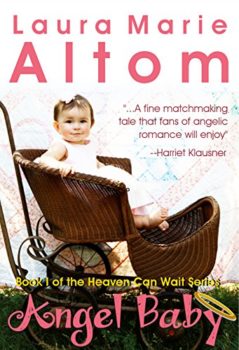 Do you believe in angels?

Ever Since Jonah McBride’s wife had left him and then passed away unexpectedly, his daughter had been sick. Plus, his restaurant, the Blue Moon Diner, was failing. His life didn’t truly spiral out of control, however, until he discovered a woman sleeping in the ladies’ room—a woman who awoke believing they were married.

Clearly the beautiful blonde suffered from amnesia. But when she nursed his child with practiced ease, Jonah figured the truth could wait a few days—just until his baby’s health improved. As the white lies added up, though, his house suddenly felt like a true home, his business took off, and the lady responsible made him weak with desire. Now, Jonah planned to prove their love was the real deal.

That is, unless his well-meaning, but meddling angel ex doesn’t prove the ruin of them all!

Originally published as Blue Moon May 2003 by Dorchester Publishing and August 2013 by Fulton Court Press. 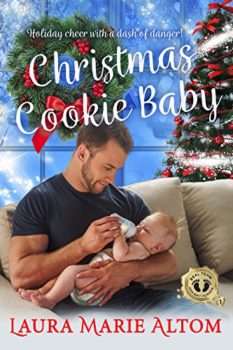